Buried deep in the markets are high dividend yields

162
SHARES
2k
VIEWS
Share on FacebookShare on TwitterShare on Linkedin

If you’re searching for top dividend stocks, chances are you’ve already heard of the many well-known dividend stocks out there on the market. Verizon, Coca-Cola, 3M, etc., for example, are generally safe stocks and could easily yield an annual return of 5-6% year, based on current prices. If you’re looking to earn a higher yield through dividends, you’ll need to take a look at less well-known stocks that have some risk, which is why I’ve listed three stocks that could be intriguing at present prices due to their dividend. This post isn’t meant to be advice on investing, and I’m not advising you to invest in these stocks; they are, however, some interesting options you can study and investigate.

This one is a bit tricky because you can’t buy this stock if you’re an American citizen. Thanks to the infamous sanctions, no American entity can touch this stock with a ten-foot pole, which means you’re out of luck if you or your broker come from the US. If you don’t fall under those categories though, you’re in luck.

China Mobile is a local carrier that does all the basic things carriers do. It has a stable business, they have spent a lot to develop 5G networks over the past few years and it’s overall pretty standard. It pays a steady 7–9% dividend, which fluctuates only due to the value of the Chinese Yuan, and the stock is traded in both Hong Kong and Frankfurt.

The interesting thing about this business lies in its financials: the company has no debt and is flush with cash. It has so much excess cash in fact, that it could easily buy back 30% of its market cap and have plenty left over to make acquisitions. They really have an immense pile of cash, but their regular dividend has always been growing at single-digit rates for some reason. On top of buybacks, they could also decide to pay out a special dividend as they did in 2017. They had similar cash excess back then, and something like this on today’s price would bring investors a one-time yield of around 10–15%.

A plus to keep in mind: you’re buying a stronger currency than the USD and EUR, so there is also upside potential there.

The stock is down significantly over the past 5 years, mainly because of the sanctions that forced all US investors to dump the stock. But if you manage to silence that out, the business is fine. It’s a risky stock due to other reasons, like the fact that the Communist Party is literally a shareholder, but it might be worth a deeper dive if you have the stomach for Chinese stocks. Plus, the management has recently been given stock options, so they will have to push the stock higher if they want to make money.

$MBT is the leading Russian telecom group, it’s listed on the NYSE and it’s paying a yearly dividend of around 10 to 12%. Why does this business pay 5 times the dividend of something like Coca Cola? Well, because the market perceives more risk around it. It’s a telecom stock, so a pretty stable and boring business overall, but this particular company is not well perceived for reasons that have nothing to do with the business.

At first, the SEC fined them for some acquisition in Uzbekistan. Then the stock almost got de-listed, something that management said won’t happen after all. And finally they have a pretty big pile of debt that they’re now trying to lower below 4 times FCF. Combine this with the fact that you’re investing in a peaceful country like Russia, and you can see it’s not all rosy. But a 12% dividend doesn’t come for free after all.

Apart from that, the business has actually been doing good, which is why the stock is on this list. Revenue and earnings have been steadily growing, CapEx is decreasing and FCF is slowly going up (no 5G in Russia yet). They’re even planning to do buybacks in the future, and what’s not to like about that.

The stock has done well in its native currency, although the exchange rate between Rubles and Dollars makes it red for Americans. And it’s also why the dividend fluctuates in USD, because of the currency.

There are obviously many risks, with the main ones being currency fluctuations and geopolitical tensions. Plus, the whole Ukraine situation makes everything even more uncertain, so you might want to wait and see how that develops first. But from a pure business perspective, this firm looks as risky as Verizon, to be honest, if not less. And also, many of those external risks have been there for over a decade now, but that hasn’t stopped the 10% dividend payout so far.

VIV is also a telecom company, this time from Brazil (although it’s traded on the NYSE). It is one of the three major carriers operating in the country, it has a solid business and pays a 7.5% dividend yield plus buybacks. They are still investing to build a 4G network since Brazil is still an emerging country with poor infrastructure after all. But they are also growing revenue per user and trying to scale things as much as possible, so it’s not really that bad. Plus, the fourth carrier of Brazil recently went bust, so they should also enjoy less price competition.

They don’t have much debt, they have plenty of cash and margins should be increasing as they keep growing their services. Once again, the business is fine, it’s other reasons that make it feel as “risky”.  The stock has not performed well, at least in USD, but the bad performance is only due to the weak Brazilian Real and not the stock itself. Plus, if you look at the graph below, you can see the stock has had multiple spikes of >50% throughout its history, so there might also be some upside potential if you can buy it when it’s cheap.

The problem with this stock is essentially the fact that you’re investing in Brazil. The country is politically fragile, has an under-developed infrastructure, is still grappling with Covid-19, and has all the other problems that emerging markets have. The BRL is actually the biggest issue here. It’s what caused the stock to perform poorly, and it’s the biggest thing to pay attention to. The investment thesis boils down to this: if you’re bullish on the Brazilian economy, then the stock in USD should also do well; but if the economy and currency will perform badly, then the stock will too.

One last thing to keep in mind is that, unless you live in the countries these companies are from, you’re going to have to pay a dividend withholding tax.

You’re going to have to pay about 10% to the Chinese government and 20% to the Russians and Brazilians. The payment is usually handled by your broker automatically, no worries there, but these percentages depend on where your residency is, so check with your broker or accountant about that. 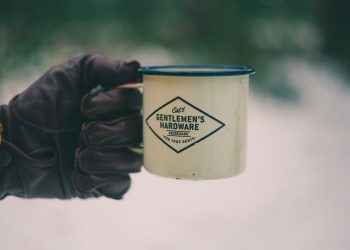 Why you don't invest your money?